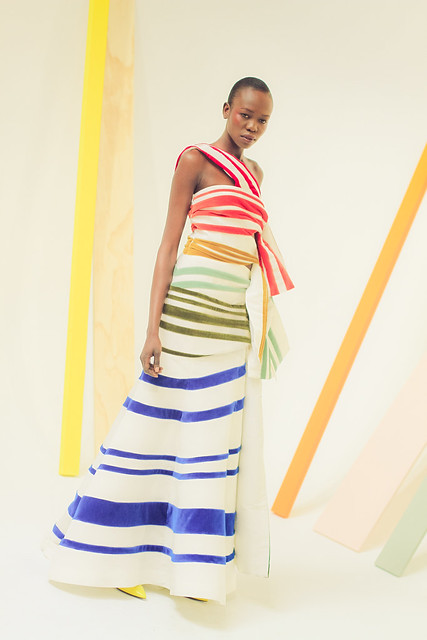 I went in to the Rosie Assoulin show not knowing much about the designer other than she was developing a strong reputation for evening wear, and that she’d earned a place on many “designers to watch” lists over the past year. What I found when I arrived completely blew me away. 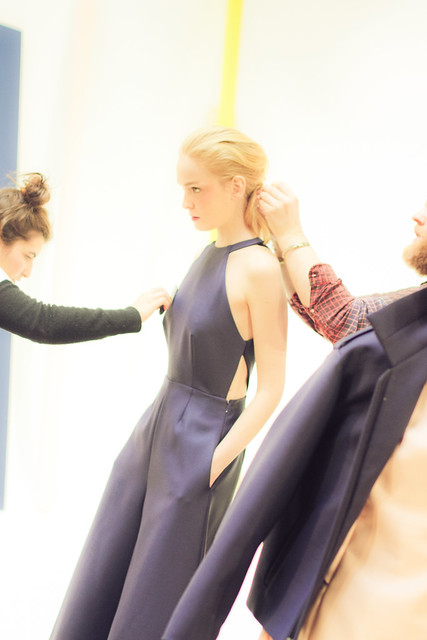 Most models were in the midst of getting the finishing touches put on their hair and makeup looks for the show. But a few sneak peeks of the clothing happened here and there, showing glimpses of what was to come. 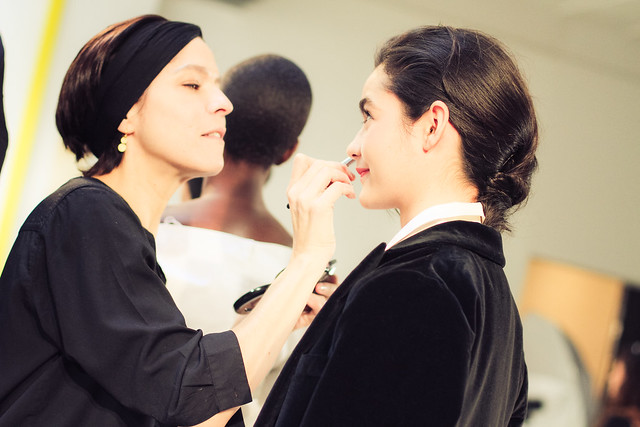 Together with Assoilin, who wanted the makeup to focus on “19th century rouge”, Desnoyers created a down to earth look that featured an almost bare face with berry stained lips, and a bright pop of blush high on the cheekbones. Peach, Rust, and Red tones were used on cheeks, depending on the model’s skin tone. 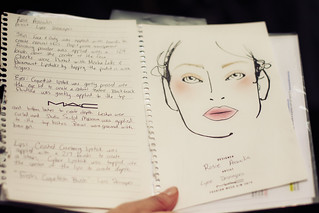 Breakdown of the look/products used, via the MAC face chart 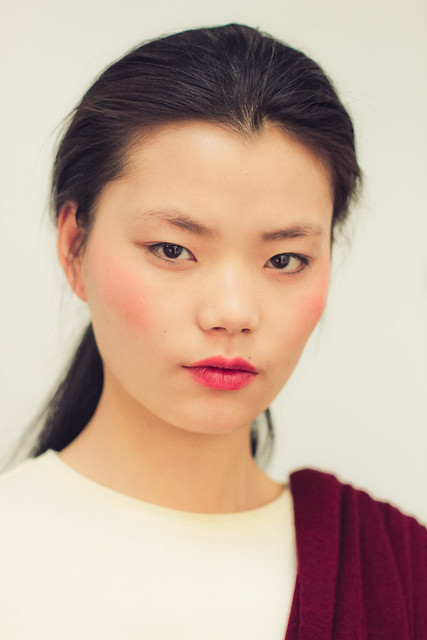 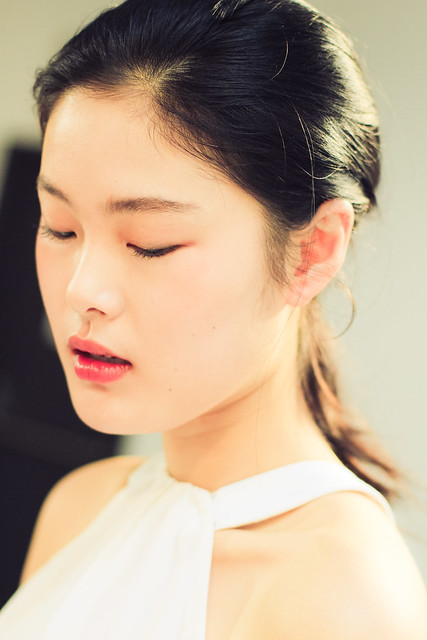 Allen Wood for Bumble and Bumble created an updated ponytail meant to mimic the effortless look of hair tucked into a woman’s coat. 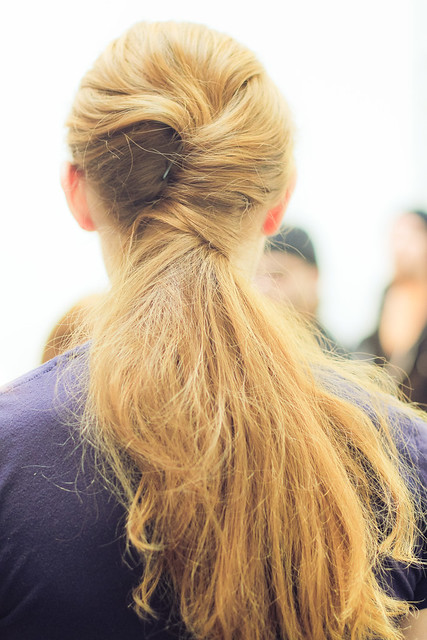 To get the look, hair was sprayed with Thickening Spray, Surf Spray, and Bumble and Bumble Prep, then dried. A “quick roll” at the nape of the neck twisted the ponytail, which was then secured with pins. 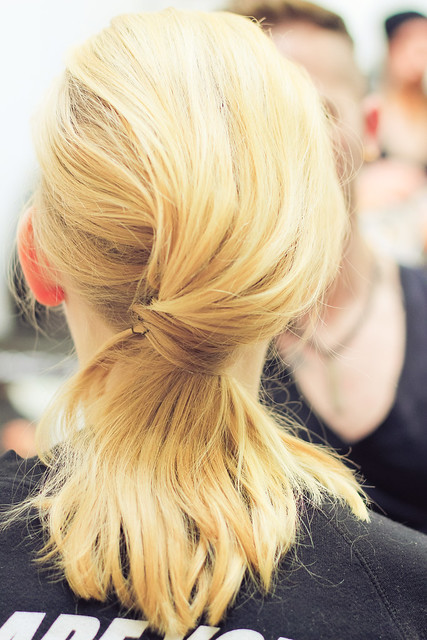 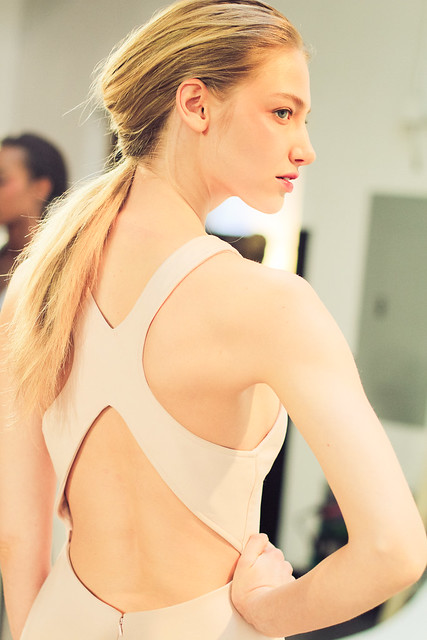 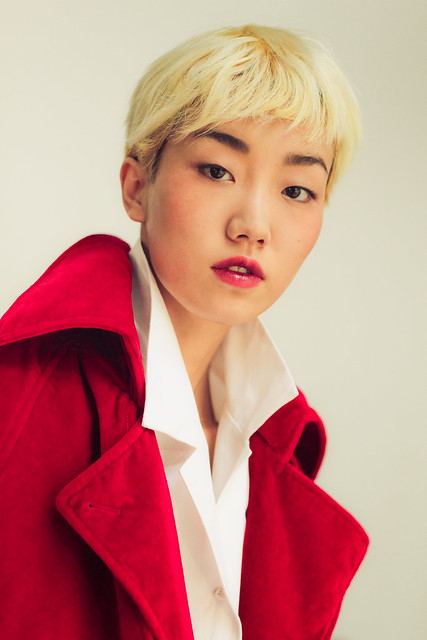 One of the things that stood out the most to me, upon viewing this collection, was the wonderful use of bright, intense colors as accent points that added a pop to each gown. 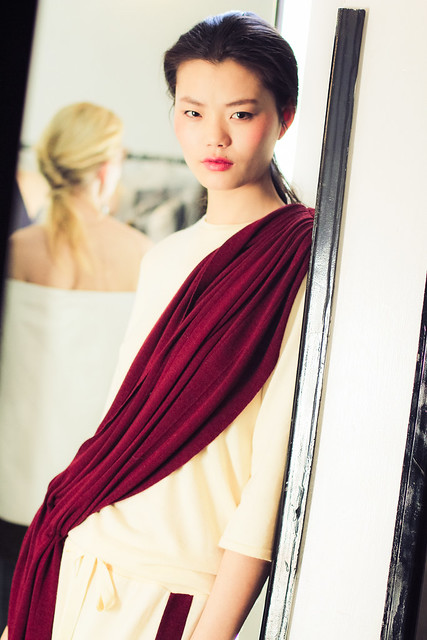 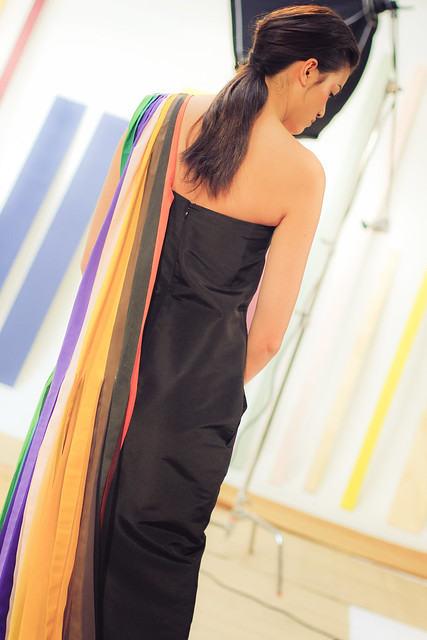 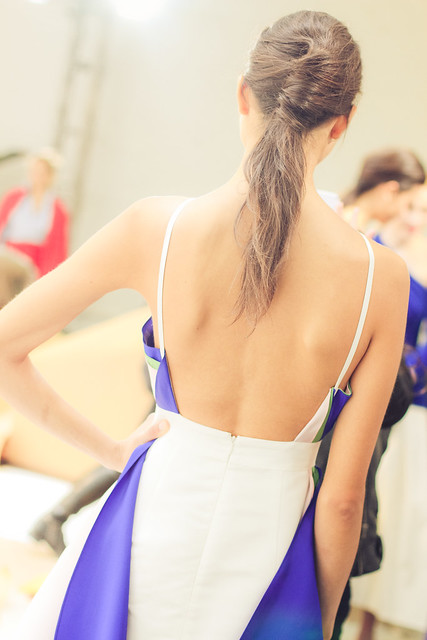 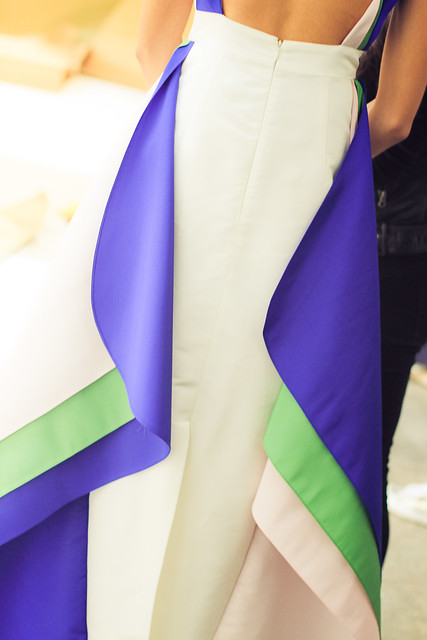 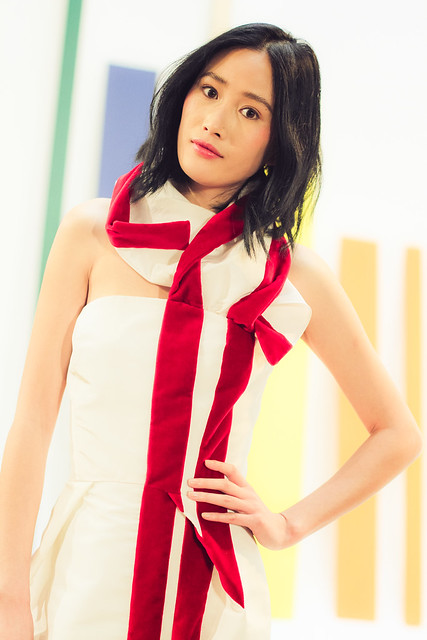 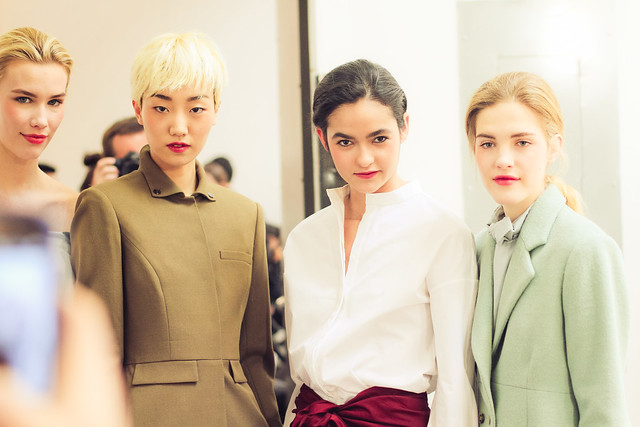 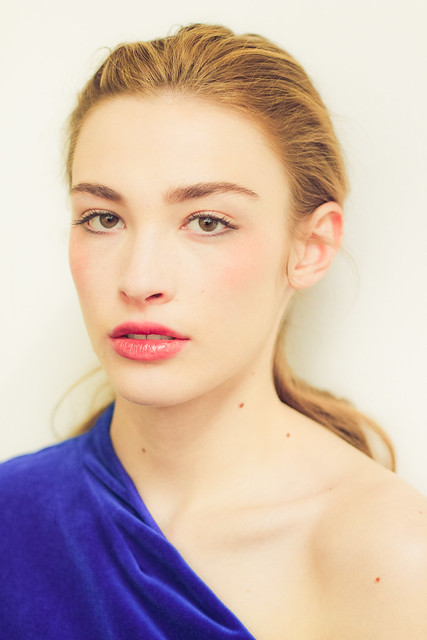 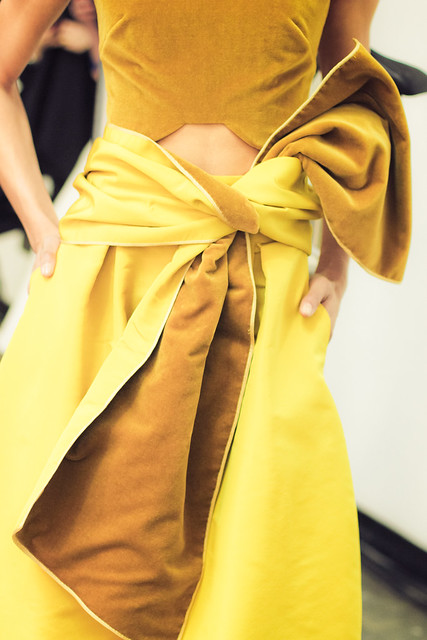 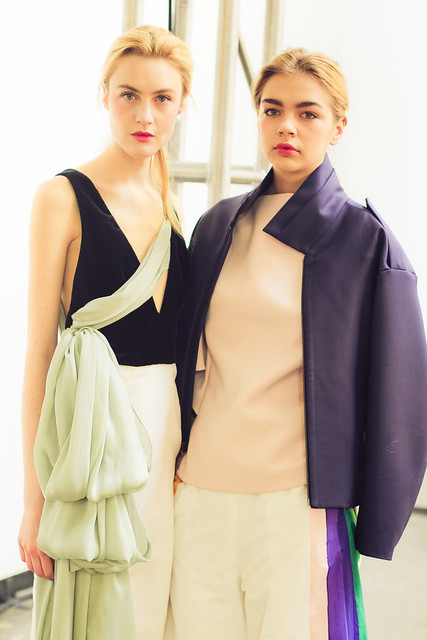 Last but not least, my favorite dress. Assembled from hundreds of pieces of silk and velvet. 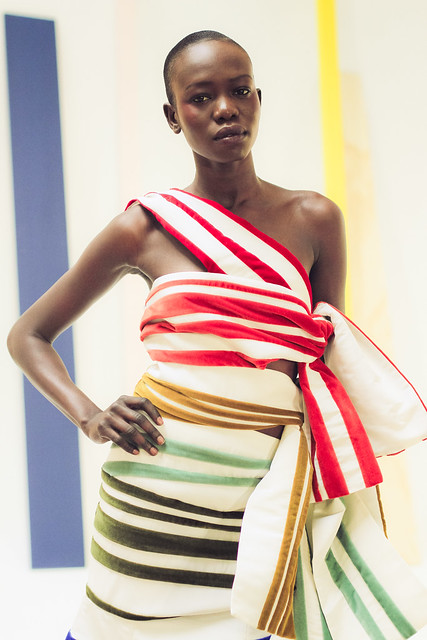