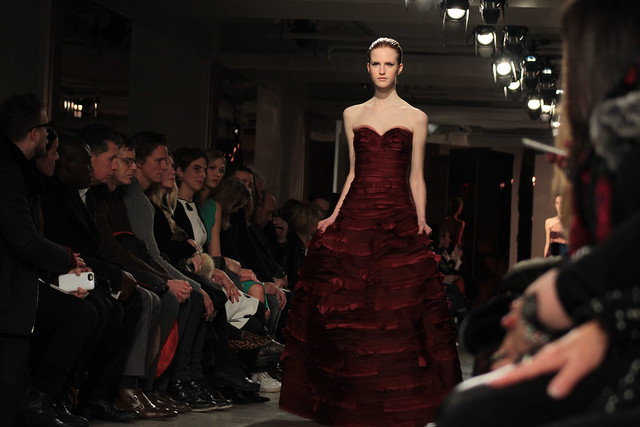 A veil of secrecy hung around the premiere of new Creative Director Peter Copping’s runway debut. No backstage access was granted this season, security was tighter, and the venue itself was darker, making the whole thing feel shrouded in mystery.

Oscar’s absence was like a hole in the room. Gone was the light, Joie de vivre most usually found at ODLR shows. But all was not lost: replacing it was a new sense of maturity, sexiness, and glamour, that made me feel more as if I was at a show somewhere like Milan, and not New York. Shiny, and new. Different. 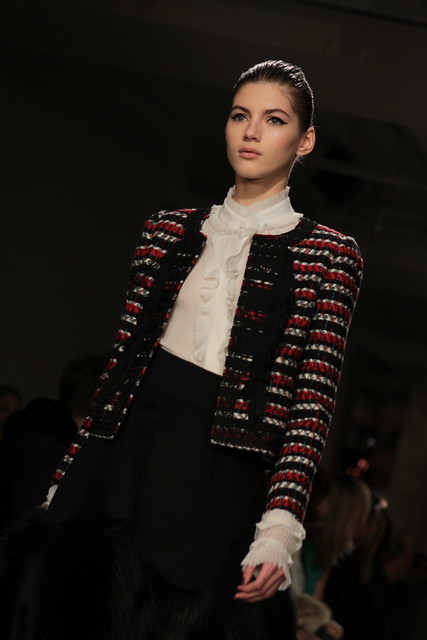 Yet while things were drastically changed from seasons past, they were not bad. Reminders of Oscar staples were everywhere. Suit jackets, the big gowns, floral prints, and impeccable accessories. 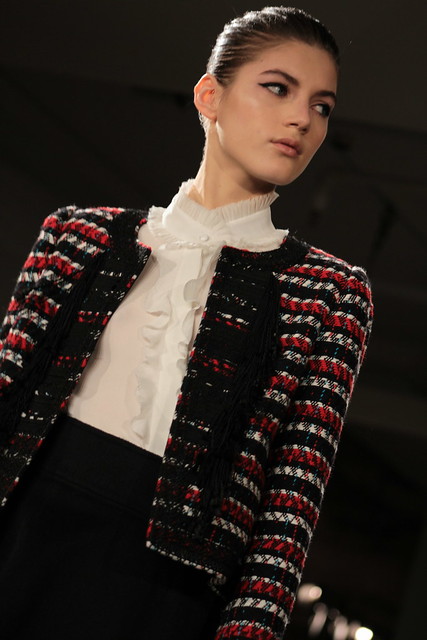 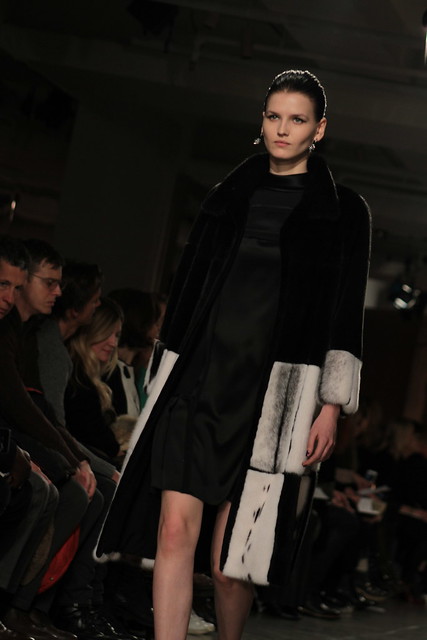 Oscar without Oscar…hurts, and will be sorely missed. It’s unfortunate he and Peter Copping never got that chance to work together, as Oscar had wanted. No one can ever replace Oscar de la Renta. Ever. And while I’m curious to see how things transition in the future, Peter Copping did a wonderful job continuing Oscar’s long legacy of celebrating femininity and creating beautiful clothing that many women would dream of wearing. 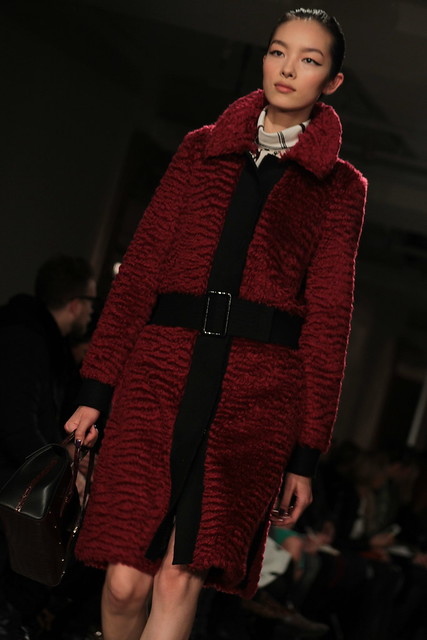 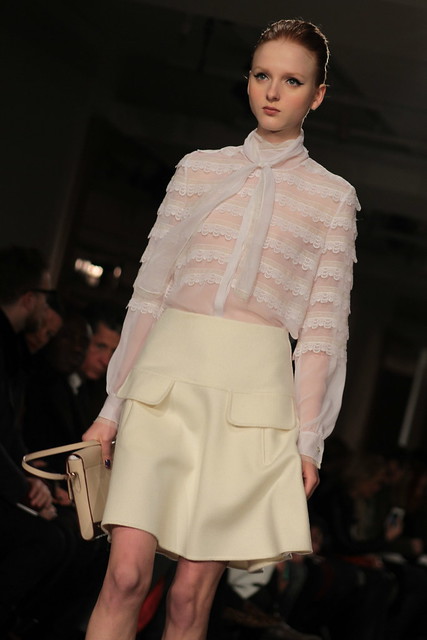 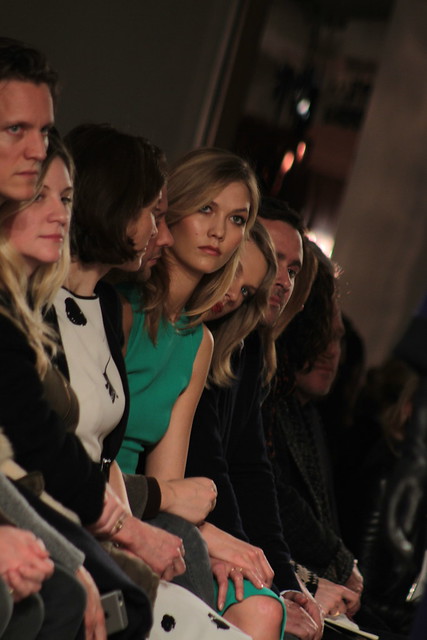 Karlie Kloss (who watched, instead of walking the show) and Taylor Swift. 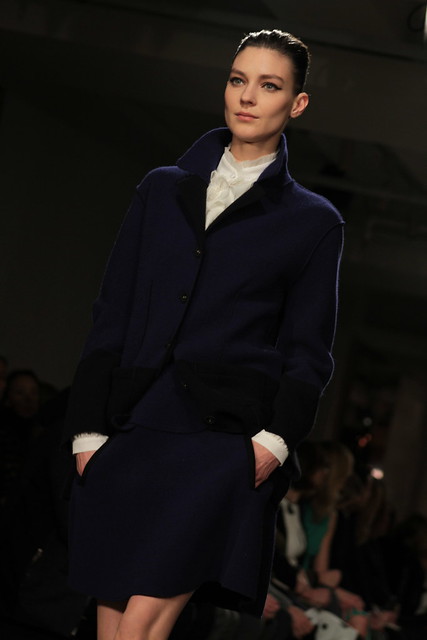 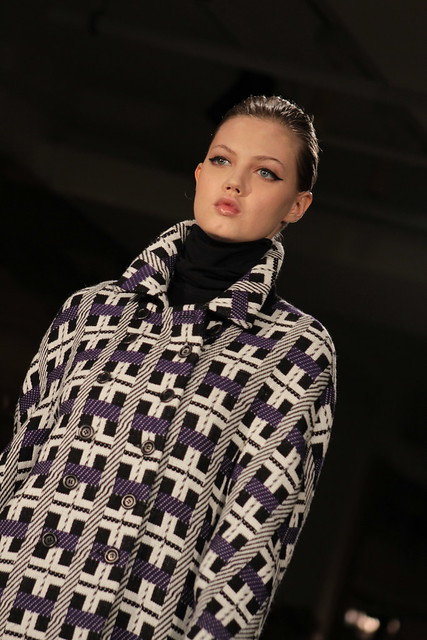 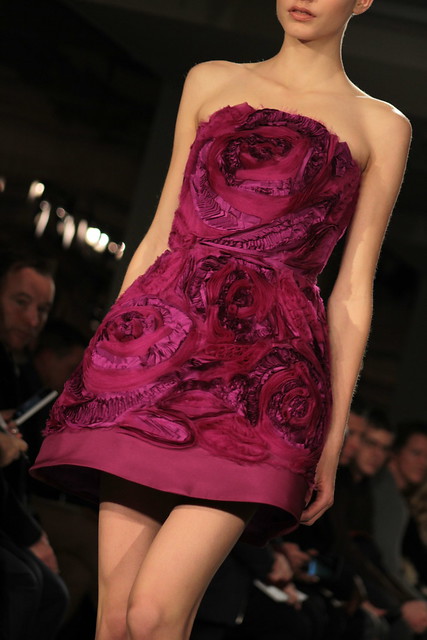 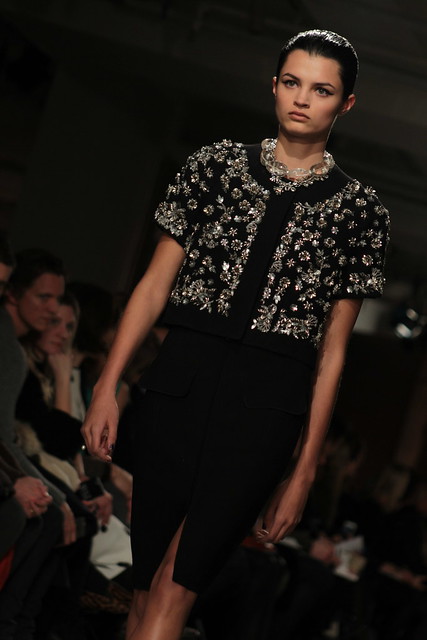 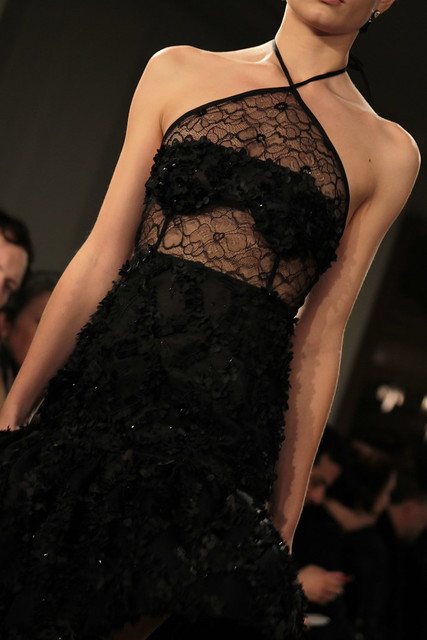 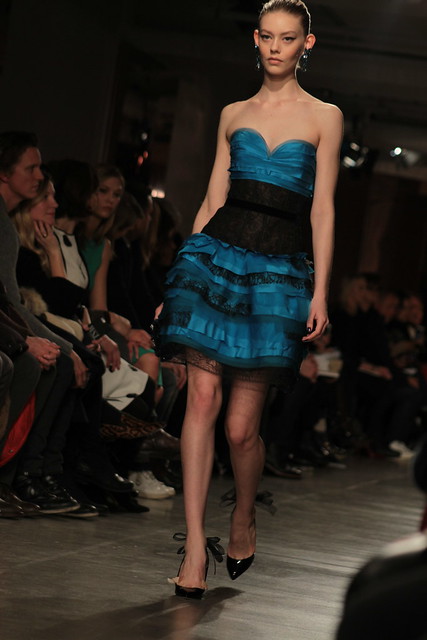 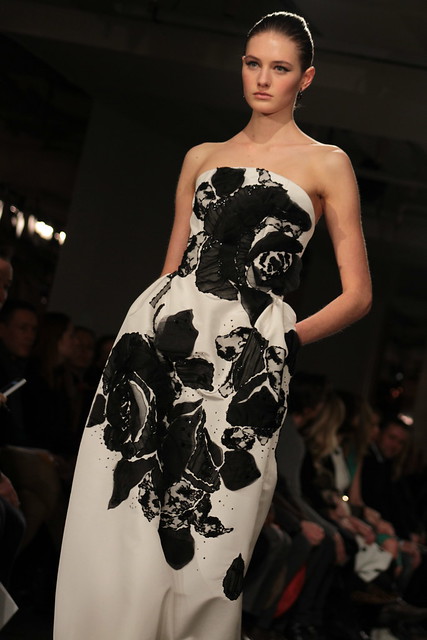 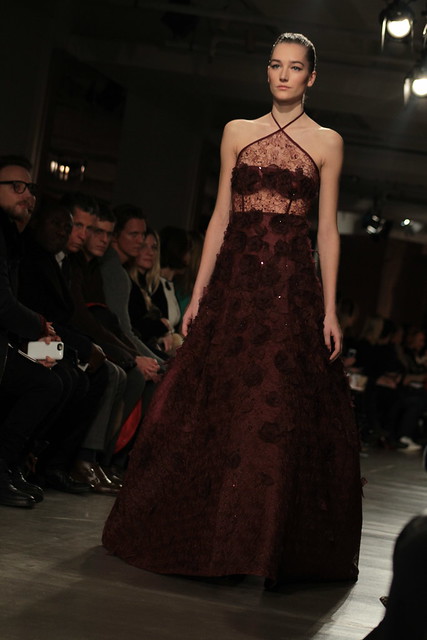 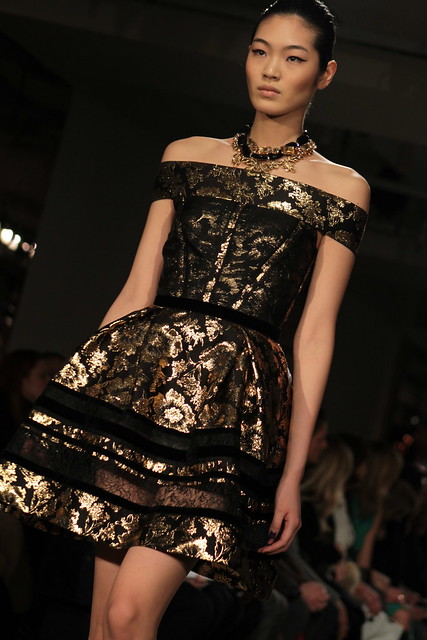 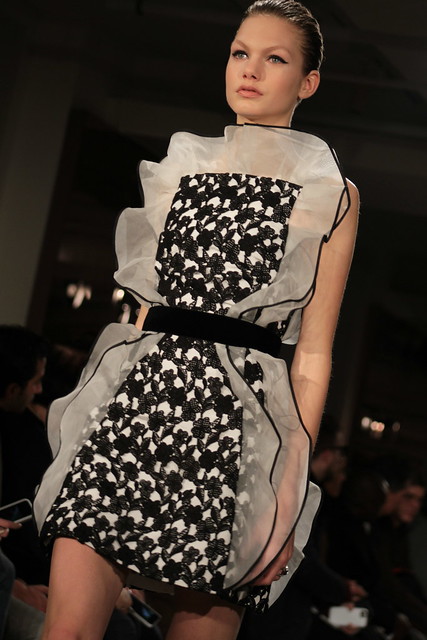 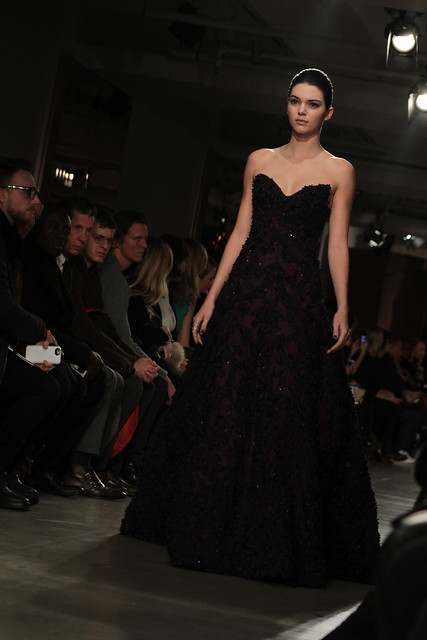 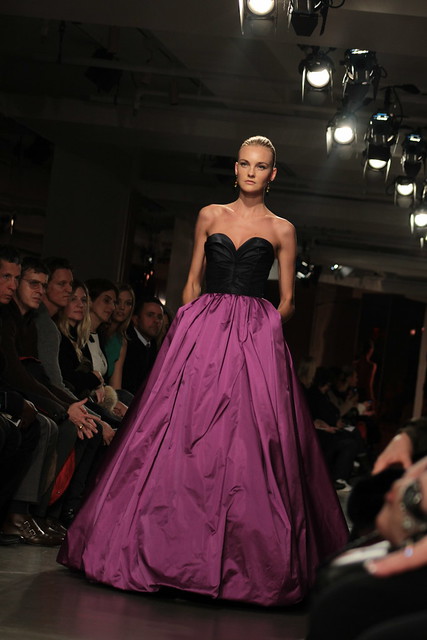 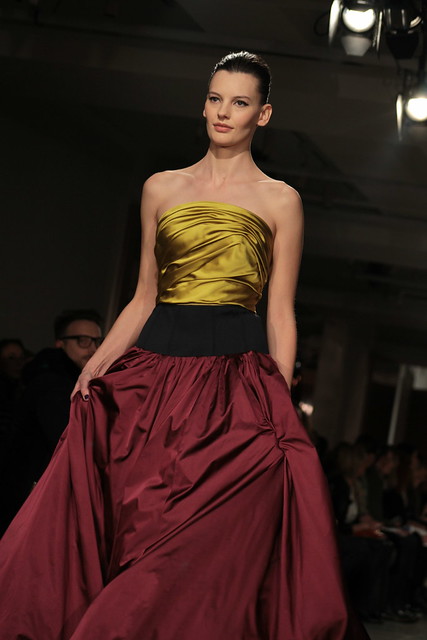 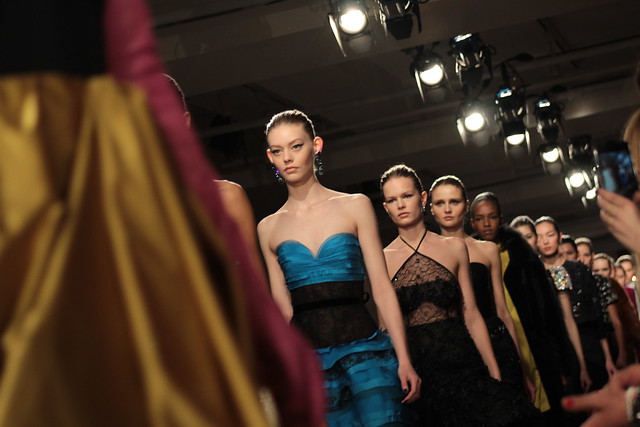