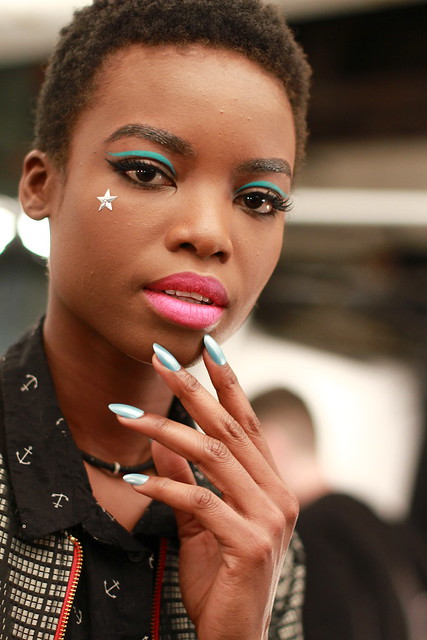 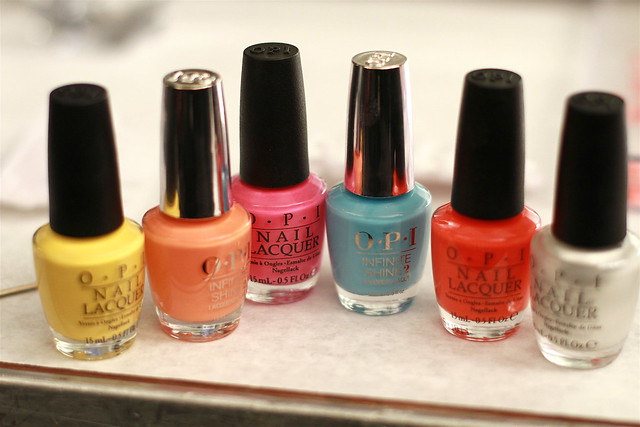 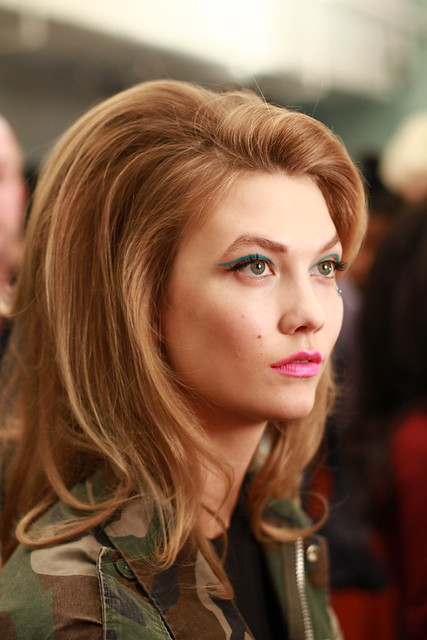 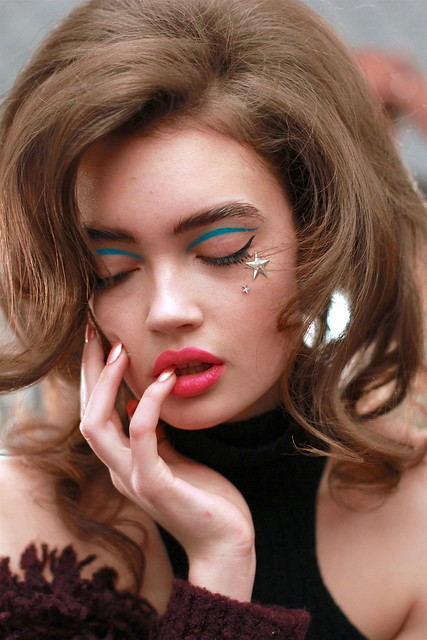 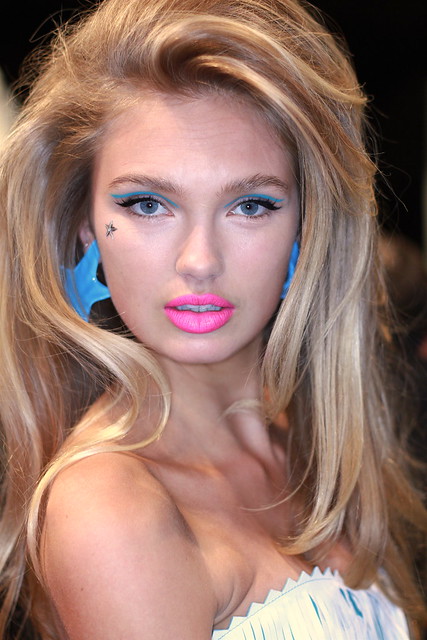 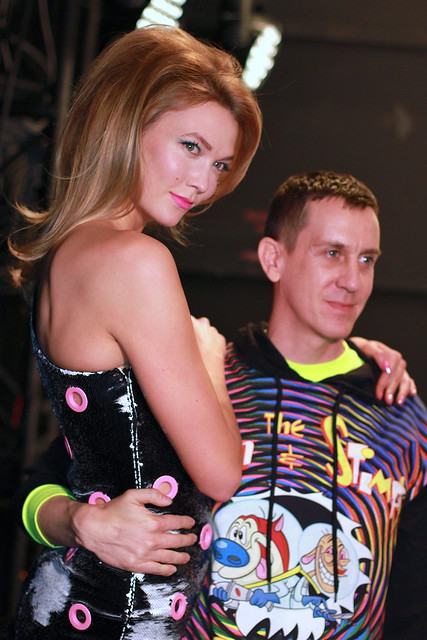 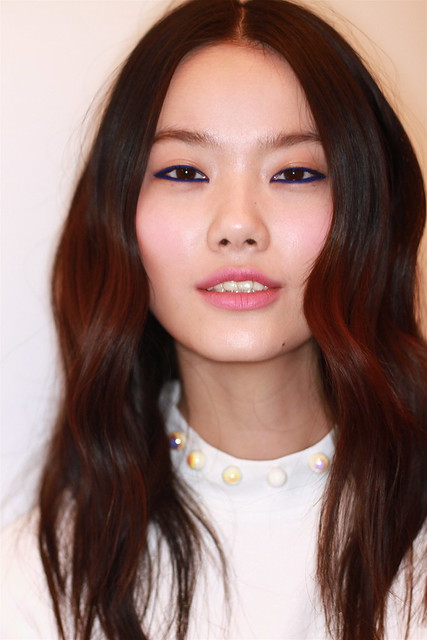 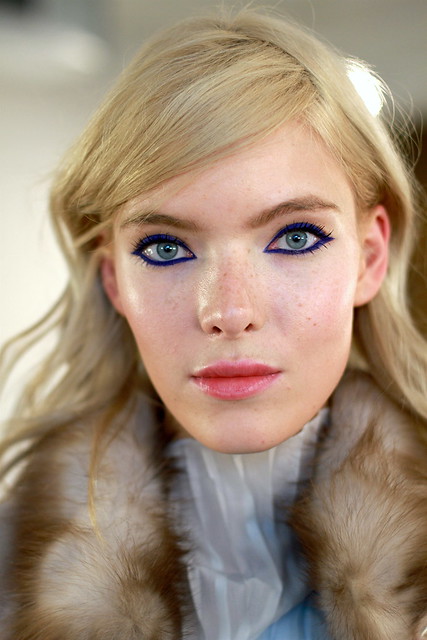 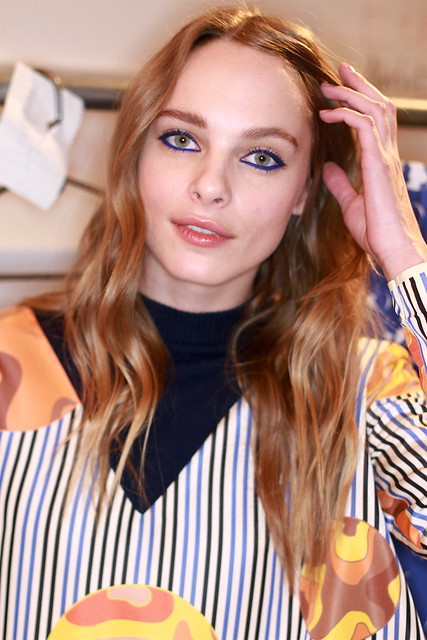 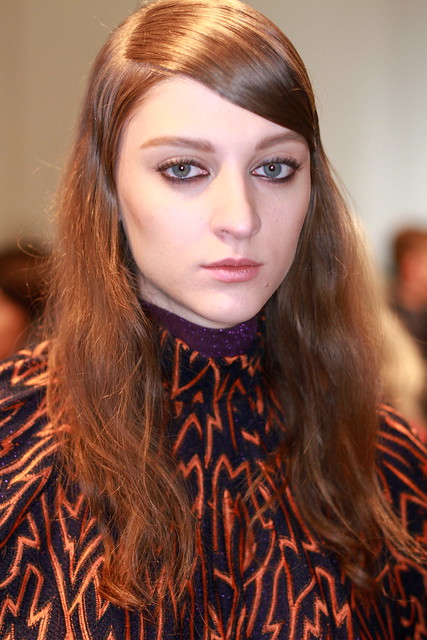 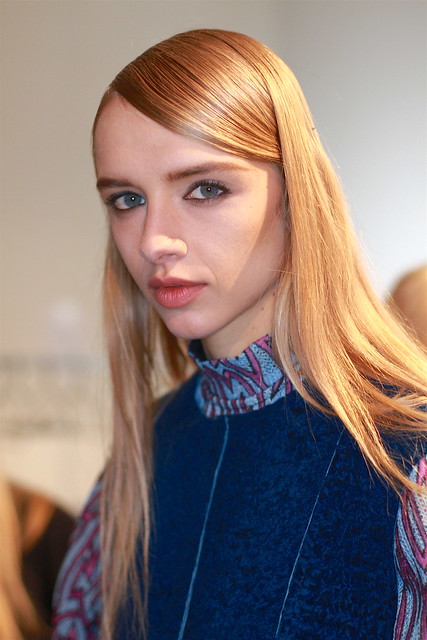 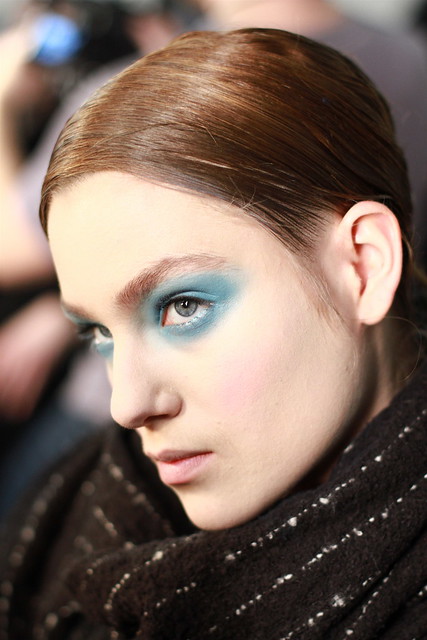 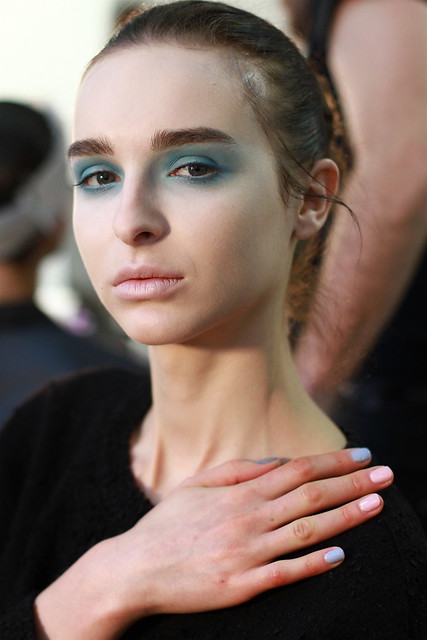 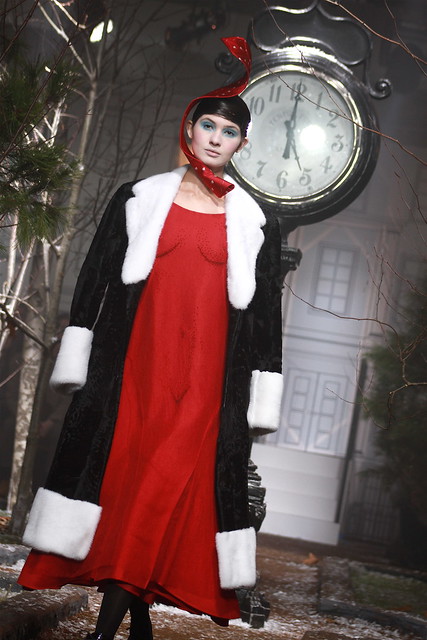 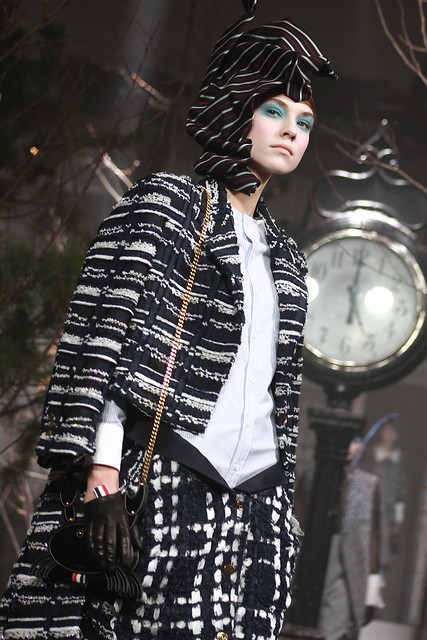 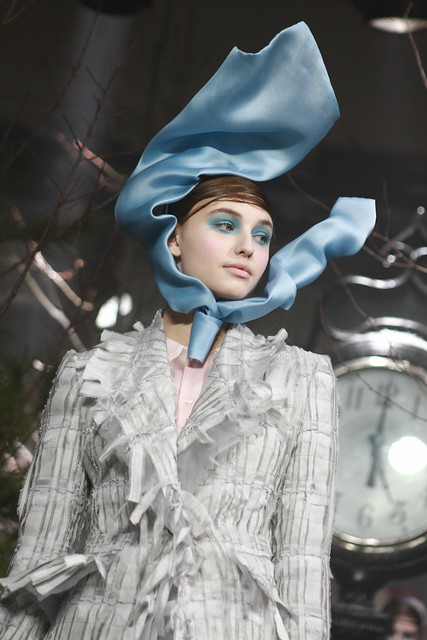 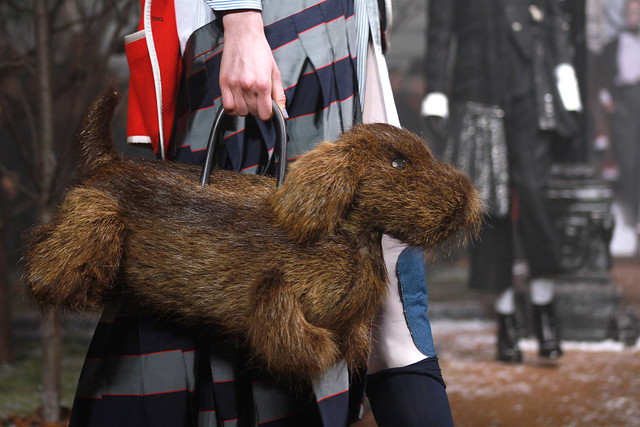 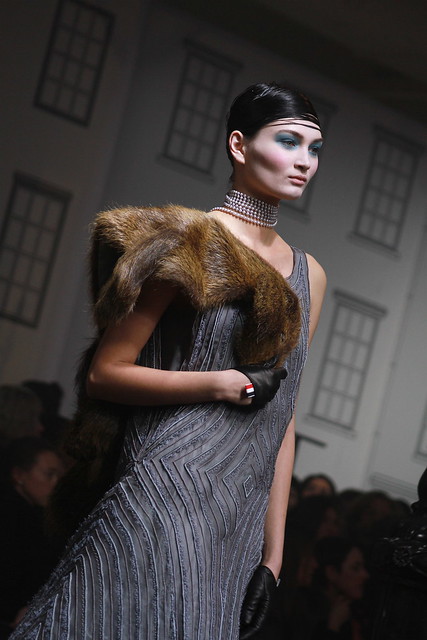 For the past two seasons of nyfw, I’ve been seeing photos from the Jeremy Scott show, and wishing I could go. This february, the fashion week scheduling gods smiled upon me, and I finally got my chance!

The pattern on nails was meant to mimic keyboard keys!

Eugene Souleiman for Wella Professionals created a totally outrageous, geometric rainbow hair style that turned models into “avatars” of themselves.

To get the look:
1. Hair was braided into corn rows to “anchor” the colored extensions.

2. Each hair piece was sewn in individually.

3. Colored pieces were woven into the center anchor.

Kabuki for MAC created a look he described as “rave revisited”, directly inspired by the collection. 90’s Gwen Stefani, computer culture, and the internet helped create his vision of the ss13 Jeremy Scott girl.

To get the look:
MAC Sculpt Foundation was used to prep skin. NC15 Chromagraphic Pencil was used to line lips, which were then filled in using a combination of Lip Mix in Blue and Cyan. Goldmine Eye Shadow was used on lids, with Coffee Pencil used on the lower lash line. Using eyelash glue, 19 bindi’s (handmade the night before!) were applied to the foreheads of each girl, with a flashing LED light (which Kabuki found online) in center.

Designer Jeremy Scott with a model.

The atmosphere backstage at Mara Hoffman’s Fall ’11 show was like a beehive. A few dozen models, hair stylists and makeup artists packed into the smallest backstage area in the tents, diligently working to prepare for the show.

To compliment the summery vibe of the collection, Makeup For Ever Alliance’s key makeup artist Lottie created an intense, Middle Eastern inspired look:

To get the look, Lottie used Aqua Black to upper and lower lash lines. Smoky Lash was used on eyelashes to “add drama”. Waterproof Eyebrow Corrector was applied to brows (using a disposable mascara wand) for added emphasis. Camouflage Concealer Palette #4 was used to maintain a neutral lip.

Turbans added a final touch to the desert inspired look:

The models’ fingers were painted black to mimic ink stains on their hands:

Mara doing an interview before the show.