Val Garland for MAC Cosmetics created one of my top looks of the season– an aquatic inspired dramatic blue and gold eye. “Jerry Hall on holiday in Mustique” served as additional inspiration.

To get the look: Cover lid with Mac Chromacake in High Def Cyan. Follow with matching Electric Eel Eyeshadow, blending to outer edge of the eye. Brush Gold Metallic Pigment, mixed with Shine Mixing Medium onto corner of eyes. Apply Luxe Lipstick to lips. Finish with the application of Strobe Cream all over the body.

Val Garland’s additional suggestions to make it last all day/night: 1. Use a primer first. 2. Use eye pencil to color over lid, blending to the edges. 3. Powder over lid with translucent powder.

Kérastase’s Odile Gilbert also used the show’s aquatic theme to create a mermaid inspired look for hair. To get the look: Part hair in the center. Spray Double Force Controle Ultime Hair Spray from the center area of hair, to the tips. Next, crimp hair with a three-barrel curling iron to create waves. To achieve a “wet” finished look, apply Elixir Ultime liberally, topping the hair off with more Double Force Controle Ultime for hold.

END_OF_DOCUMENT_TOKEN_TO_BE_REPLACED 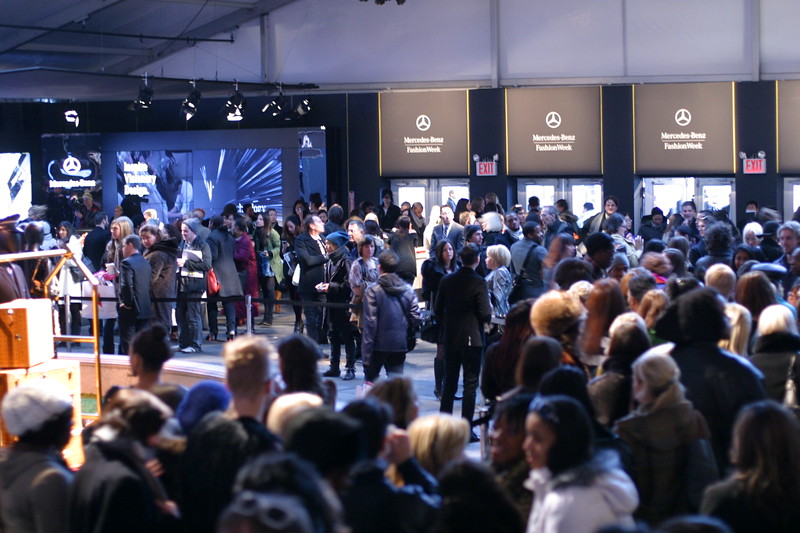 Fall/Winter 2010 Fashion Week is officially over! To say I’m a little behind on my posts is the understatement of the century. I skipped the last day of shows, and I’ve been up until ridiculous hours of the night the last 3 nights editing photos and planning posts. I’m still not even 1/4 of the way done. Twenty-two shows later, I’ve got over 5,510 photos total to edit! But never fear, the reviews and photo posts are coming. Slowly but surely.

Here are some of the things you can look forward to in the coming days:

* = Shows that also have video.