As is tradition, I post some of my best shots from each show that I covered this season of fashion week before writing full, in depth posts later. This time, I decided to do one big post with the best images! 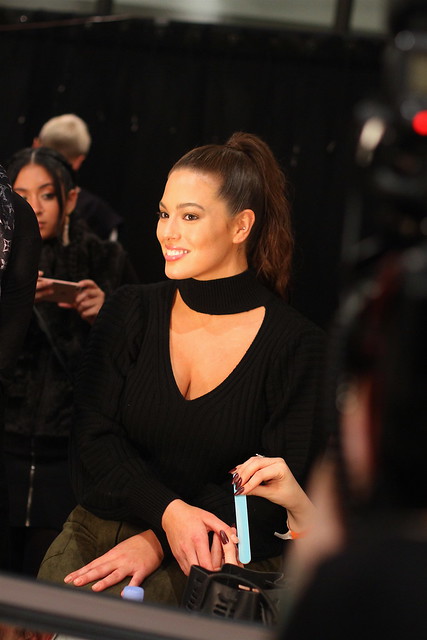 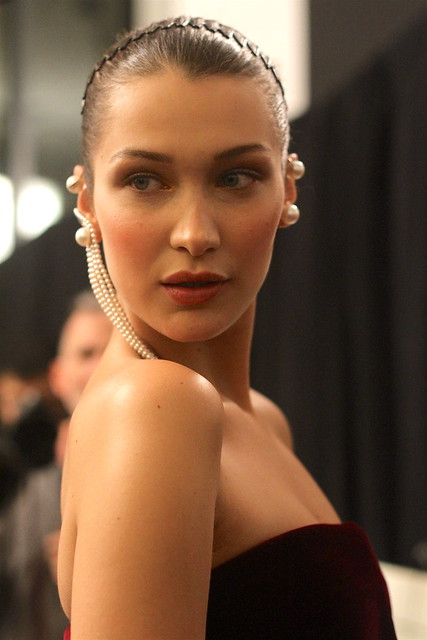 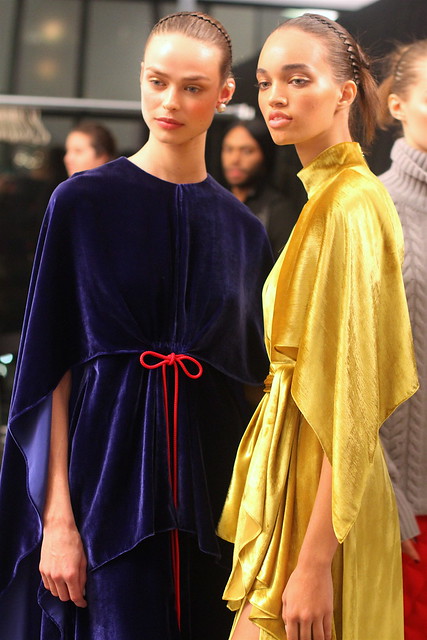 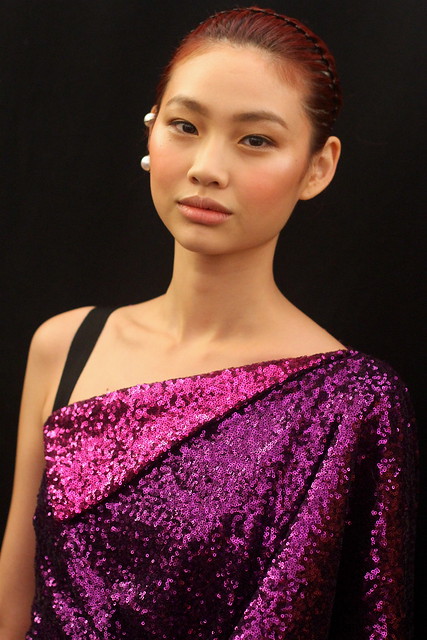 END_OF_DOCUMENT_TOKEN_TO_BE_REPLACED

On Thursday, the CW presented their fall 2010 schedule, and introduced their newest TV shows at the Theater at Madison Square Garden. The presentation, called an upfront brought many of the networks newest stars and old favorites out to promote their shows.

I arrived around 9:45 am, right after most of the stars first started arriving. I decided to go to the upfronts to see Jensen Ackles (from Supernatural) who was in town earlier in the week—turns out he’d left the night before! I was bummed out, but was almost as excited to see the cast of the Vampire Diaries. I read the books back when I was 12, and it’s now one of my favorite guilty pleasure TV shows.

One of the first celebs out was Connor Paolo, of Gossip Girl:

I spotted Ian Somerhalder of the Vampire Diaries talking to press in the tents. And then Paul Wesley appeared!

Paul seemed to be in a bit more of a hurry, but was still friendly.

Shortly after, Nina Dobrev came out:

Nina looked gorgeous in person, and was by far the nicest female celeb there! She signed autographs for dozens of fan, and posed for photos with nearly everyone who asked.

When she got to me, she said “Whoa, big camera!”. I got another fan to snap a photo with us—with my much smaller and easier to handle disposable camera. (I’m now trying to use it up as fast as I can. I really want to see the photos!)

Shiri and Kerr from Life Unexpected (such a cute show!) stopped to sign some autographs:

I’ve been a fan of both since their early days on the WB on Roswell and Dawson’s Creek! Kerr was really good looking in person.

Nigel had quite a few women in a the crowd in a tizzy.

Next was Robert Buckley, from One Tree Hill:

One Tree Hill is one of the only CW/former WB shows I’ve never really watched, so I didn’t even realize that’s where he was from! Thank you readers for IDing him! He was really great to all the fans wanting his autograph.

When Ashley Tisdale walked out of the tent, the crowd went wild!

Ashley got just as excited, after spotting a friend:

She was another celeb who signed for almost everybody.

Aly Michalka, who will be starring in the new show Hellcats with Ashley Tisdale greeted some fans, but didn’t stay very long:

Her dress, which I’m assuming is Herve Leger, was crazy tight:

Lame! He actually got booed.

Lyndsy Fonesca of Nikita and the movie Kick Ass:

Maggie Q, who plays the title role in Nikita:

Shane West is also starring in Nikita. He was another star who interacted quite a bit with his fans. Shane was very personable! When I asked him for a photo he volunteered to take it, then wound my camera for me before handing it back.

Someone in the crowd asked him where Mandy Moore was! Haha.

Last but not least was Tom Welling, of Smallville. He’d spent so long talking to reporters that he had only minutes left to dash into the venue before the presentation started. But he promised fans he’d be back after.

I was going to head home once the green carpet arrivals had ended. It was hot, and starting to feel like my skin was burning it was so sunny! I started talking to some girls I’d met at another event last year, and before I knew it the hour had passed and the celebs started pouring out the doors and heading to their SUV’s.

Zuzanna was another total sweetheart. I think she’s my favorite Gossip Girl character.

Annalynne McCord was in a bit of a rush, but stopped for a few photos:

She’ll always be the crazy girl from Nip/Tuck to me.

Who says all vampires don’t sparkle?

Nina greeted everyone she had missed earlier:

He ended up kissing quite a few girls on the cheek. Ian really has both the looks AND the personality!

Another crazy friendly dude. He was pretty funny too. I like him, even though I gave up on 90210 after the first season.

They didn’t even bother stopping.

I told her I was a huge Roswell fan, and she smiled.

He seriously deserves some kind of award for his dedication to his fans. He signed autographs and posed for photos for over twenty minutes before leaving. When we took a photo together, he volunteered to take it because he “had longer arms”. Hahah.

I’ll have to make another post once I get the photos back from my disposable camera. I had so much fun, and almost everyone I met was friendly and great with their fans. I’m still sad I missed out on seeing Jensen, but the great experience at the upfronts pretty much makes up for it. Upfronts are only once a year, but I definitely recommend going next summer if you want an easy way to meet some of your favorite TV stars. ❤

The cast of “The Vampire Diaries” at the CW Upfronts.